← more from
The Arsafes Union 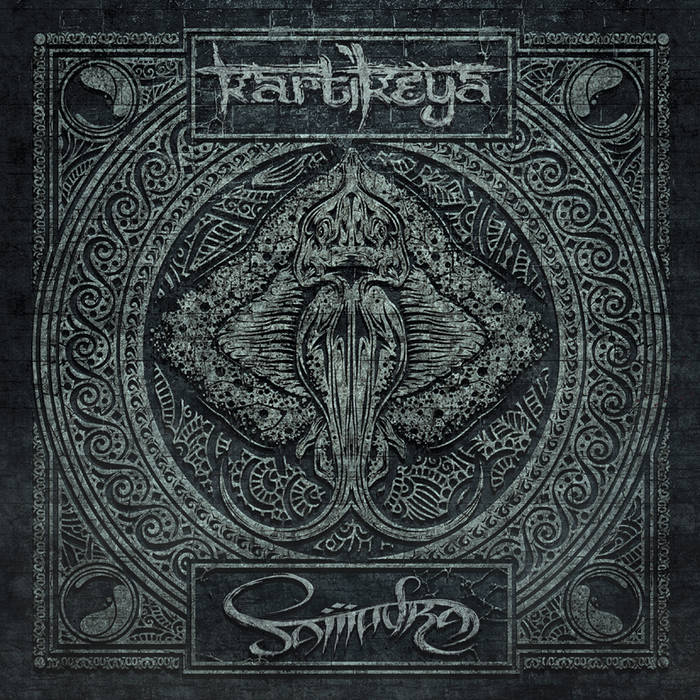 mathmetal2020 The whole album is SO GREAT! Namaste & thank you! Favorite track: The Horrors Of Home.

metalheadchris Hard to choose a song as this felt like one continuous spiritual journey, musically it's sporadic containing black metal, folk metal, and progressive metal but maintaining the melo tech death approach throughout the whole album. This is incredible as with songs like Samudra and Dharma Pt. 1 and 2 it felt like I was hearing some Devin Townsend influence. This is more than an admirable mention as for Nile fans Karl Sanders shreds on Kannada - Munjaaneddu Kumbaaranna. Definitely worth checking out! Favorite track: Dharma pt. 2 - Into The Tranquil Skies.

ArpKor Clean, badassly produced and mixed album! The djenty touch to that groove metal, melodic death metal sound + the indian/asian/middle-eastern influences build up a very very cool atmosphere! A fantastic record and IMO one of the best from russia! 5 out of 5 Favorite track: Pranama.

On October 19, 2017 or 27 Ashvina 5119 of Kali Yuga, the holy day of Diwali, on the day of the Victory of Good over Evil, by the fire of the divine light, the long-awaited third album of carnatic-metal warlords Kartikeya - “Samudra” shall be released.

Signifying the decimal foundation of the Hindu universe and the symbolism of Trimurti - the three highest creator-gods, the ternary power of creation, preservation and destruction, “Samudra” comes out exactly on the same day, after 10 years, as the debut album of Kartikeya - “The Battle Begins”.
The new album begins a five-album concept, dedicated to the five nature’s elements in the Hindu culture, and the first is water. “Samudra” - in Sanskrit is not just water, it is the accumulation of all the waters of the Earth, the Great Ocean, personified as the God of All Waters.
Accordingly, the music of the band on this album flows and shakes the listener like the mighty waves rising to the skies, then coming down with a huge tide and flowing back with the ebb, leaving the listener’s naked soul uncovered to the core of subconsciousness. Majestic and powerful - are the best epithets suitable for the new era of carnatic metal developed by Kartikeya, which has overgrown with coral reefs made of groove, extreme-progressive metal, and Dravidian melodies.

Authentic Indian instruments, a variety of extreme and clean vocal mantras, incredible speed, unconventional massiveness and top-notch quality - all of these shine on the most unexpected and unusual album of 2017 in the world of metal - Kartikeya’s third album - “Samudra”.

May your skies be illuminated by thousands of lights of celestial fireworks!

Bandcamp Daily  your guide to the world of Bandcamp